The design of our shooter mechanism started in 2019, for shooting zombies at the 2020 Disaster Zone competition. Originally we were imagining it as a “rocket launcher” (or a very advanced “rokkit launcha”), shooting little missiles mostly in a straight line. For aiming, we wanted a pan and tilt mechanism, and of course a laser, and maybe an extra distance sensor too.

This design – like many others – has of course been simplified since and had to be adapted to more peaceful purposes in 2021.

The main problem to solve however remained the same, to design a mechanism that:

(We didn’t want to use a ready-made shooter, like a Nerf gun, partly because it seemed too bulky, but mainly because it could be too reliable, therefore less fun and much less frustrating than designing something from the ground up!)

The basic idea is this: a rack and pinion mechanism can convert the rotation of a motor into the linear motion needed to push a projectile. Combining this with either a spring or a rubber band we can “arm” the firing mechanism as the rack is pulled back.

But we also need a way to somehow disengage the pinion from the rack, releasing it to hit the projectile. By using a half or a quarter of a gear for the pinion, we can make it periodically engage and release the rack!

So just by simply running the motor, we get a continuous “pull back, release, pull back, then release again” motion.

That’s great, but we also need a way to stop and reload between shots.

First, we can add a sensor to detect which phase is our “quarter-gear” in: it’s a simple reflective IR sensor (the red dot in the picture) that can see whether the gear section is in front of it: using this, we can pause the motor after each full revolution while we reload.

Then we need to somehow store four extra projectiles and a way to drop one at a time into the firing tube.

Instead of adding another actuator, we can just use the pan and tilt mechanism we already have for aiming! By adding another “magazine” tube at the top at a suitable angle, just by tilting the whole structure, we can let one ball drop down from it.

The angles, the size of the opening between the two tubes, the distance from the rack are of course all critical. Everything has to be just right to avoid feeding more than one ball, balls getting stuck, or not reloading at all! This took a lot of prototyping and trial and error… 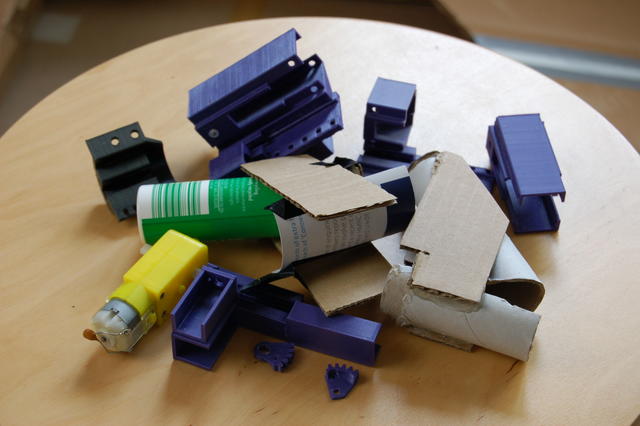 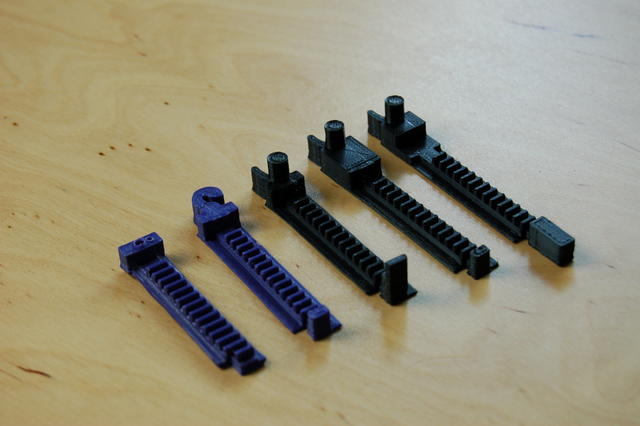 We also had to experiment quite a lot with finding the right kind of motor and gear ratio. (In hindsight, using a worm gear to slow down our motor – or even better, using the same motor with a different gearbox would have been better than adding the “giant” reduction gear.) 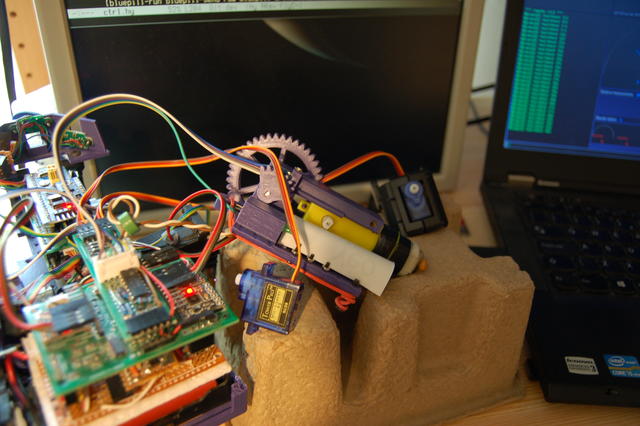 The final version also has a late but very important addition, involving Blu Tack and two little screws, to hold the ball at the ideal distance when firing – this is critical for achieving just the right speed! 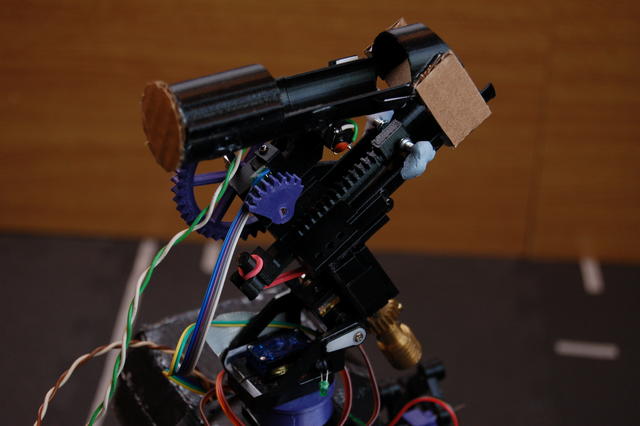 How well did all this work at the competition? We’ll see…