The story of our new robot (Phantom) starts with a prototype: we are trying to validate our idea first, by using parts from a toy robot spider kit.

On the 13th of October, we went to the Robot Club at Cambridge Makespace to start building our robot. First, we built a very simple (but not that bad looking) walking robot (only legs + motors + battery, no control). 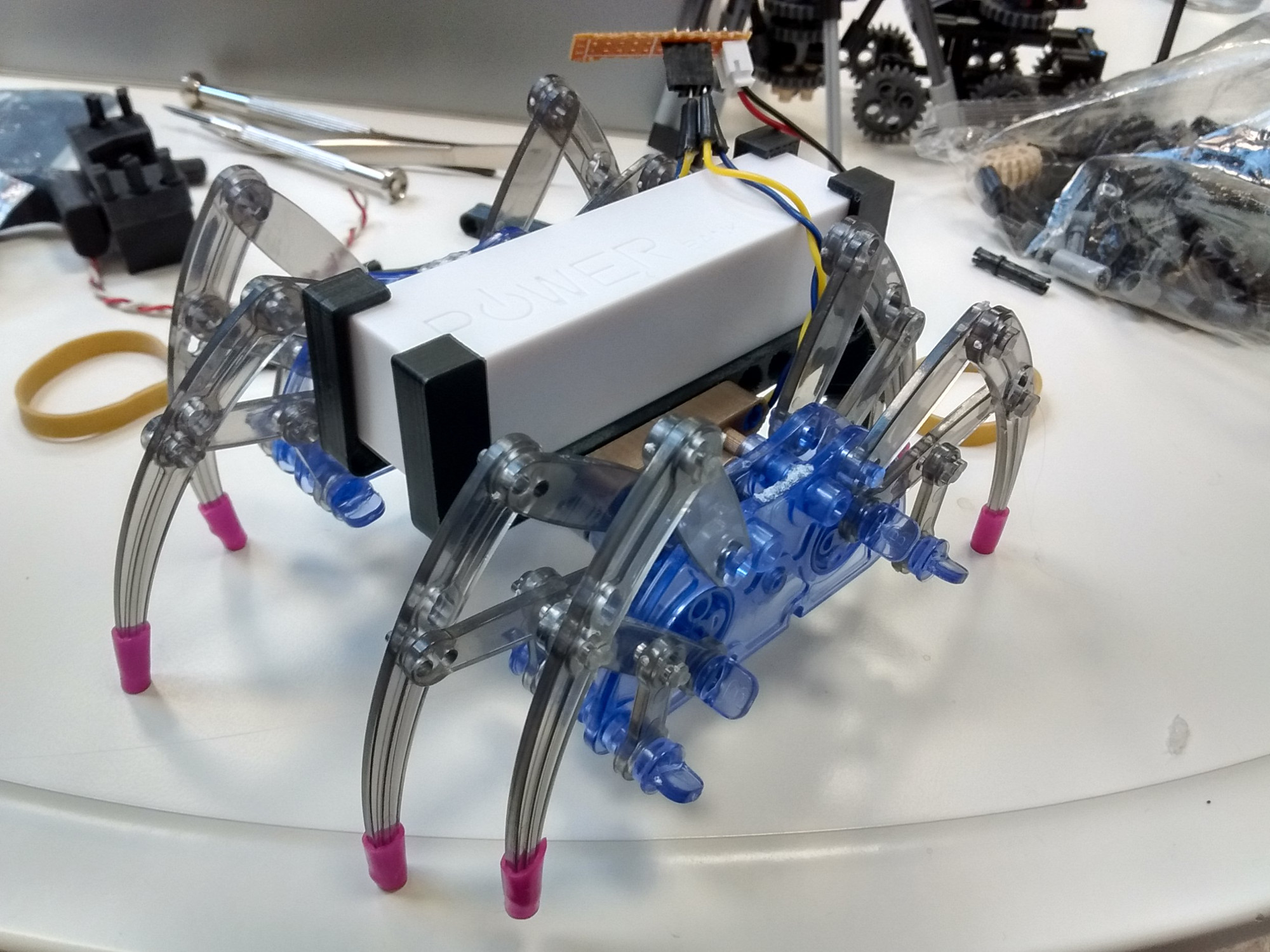 Then came the hard part: the boards which were unfortunately necessary, were (naturally) just the wrong size and shape to go with the rest of the structure.

But that wasn’t the harderst part – no, it was having to take apart the beautiful design and replace it with a jumbled mess of wires: 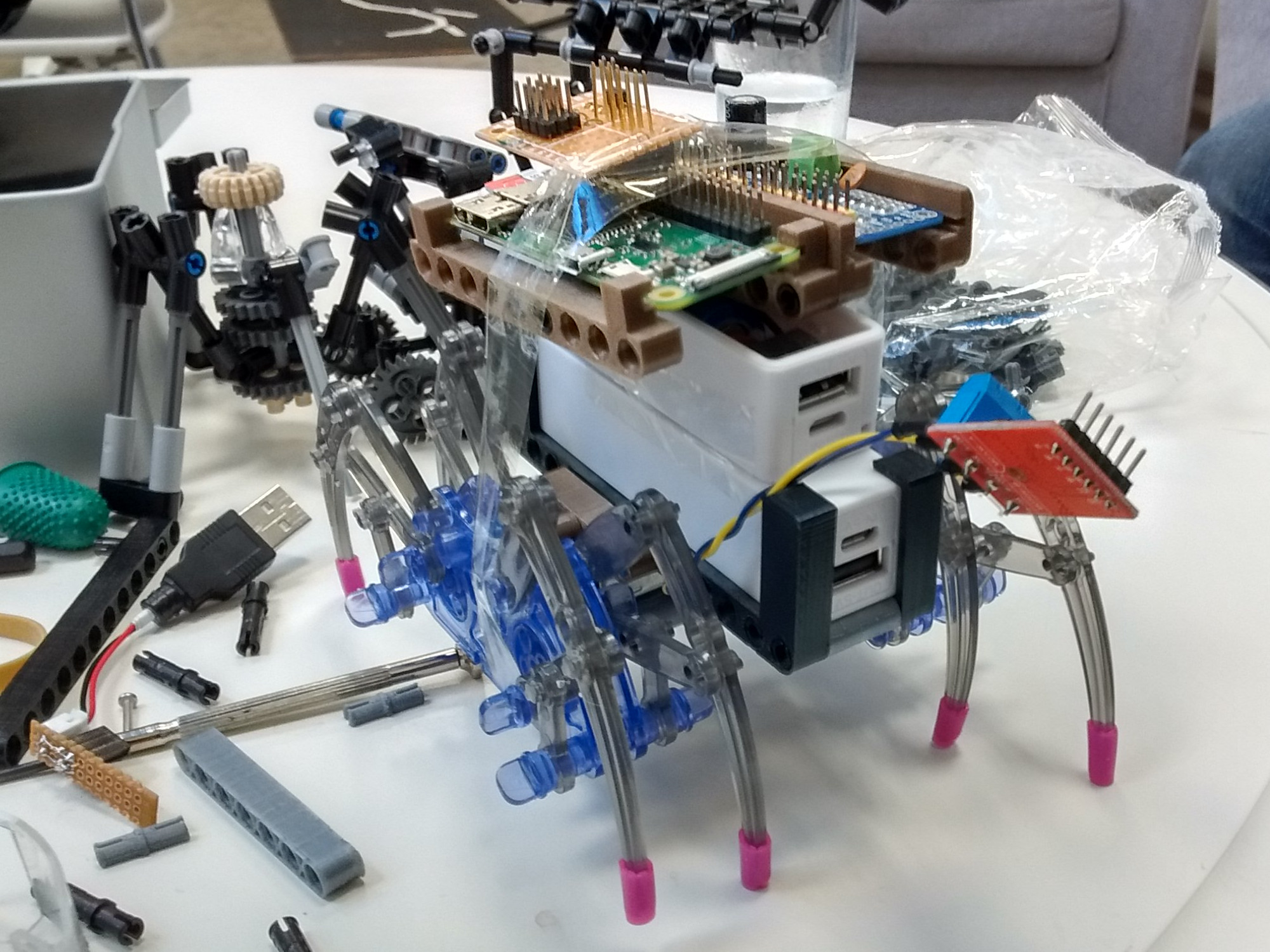 But now at least it could be a) programmed and b) inspected by a dog:

We tried out several methods of turning and we found that turning on the spot by moving the opposite banks of legs in the opposite direction to each other was possible.

So even though our robot looks like some bizarre walking tower, it can walk and be programmed – what more could you want?